All about hierarchy security in CRM 2015

In our previous blog, we have discussed Hierarchy Visualization, and in this blog we will discuss Hierarchy Security.

Below I have explained some brief and important points about the Hierarchy Security.

The hierarchy security model is an extension to the existing Microsoft Dynamics CRM security models that use business units, security roles, sharing, and teams. It offers more granular access to records for an organization and helps to bring the maintenance costs down. For example, in complex scenarios, you can start with creating several business units and then add the hierarchy security. This will achieve more granular access to data, with far less maintenance costs, than a large number of business units may require.

The Position hierarchy is *not* based on the direct reporting structure, like the Manager hierarchy. A user doesn’t have to be an actual manager of another user to access user’s data. 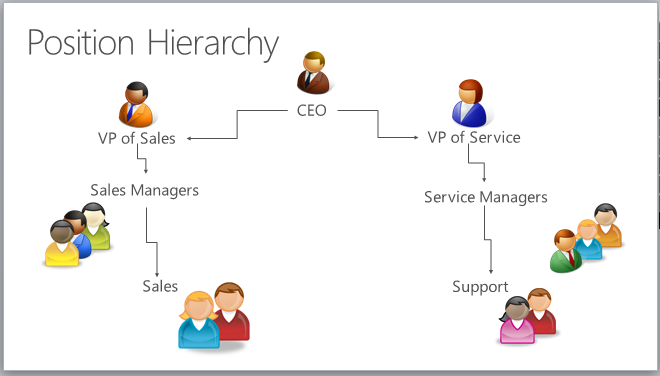 The Manager Hierarchy is worked based on the Manager Field of the user. As shown in the below screen, Adam is the manager of the Ben, Brendan, and Chris. 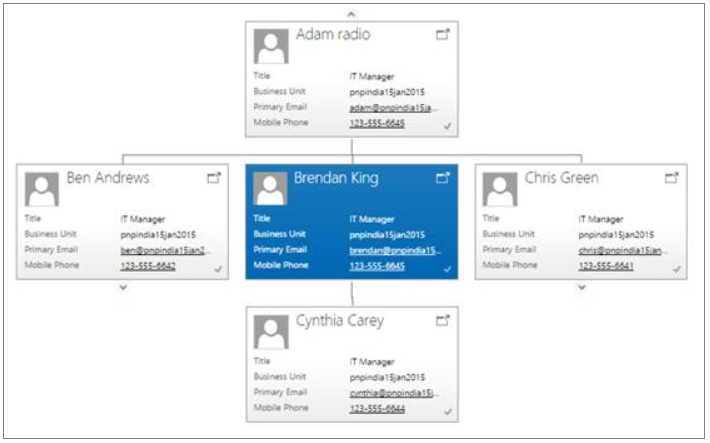 Hence, if we setup the Manager Hierarchy, then Adam can access the data of Ben, Brendan, and Chris.

Note: With the Position hierarchy security, a user at a higher position has access to the records owned by a lower position user.

In addition to the Position/Manager hierarchy security model, the users at a higher level must have at least the user level Read privilege on an entity to see the records that the users at the lower level.

How to enabled Hierarchy Security:

To set up the security hierarchy, you must have an Administrator security role.

The hierarchy security is disabled by default. 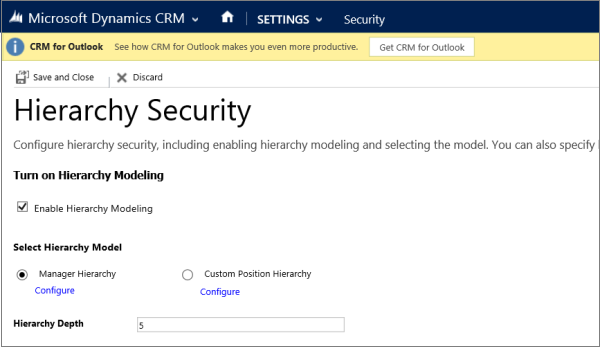 Set the Depth to a desired value to limit how many levels deep a manager/position has a Read-only access to the data of their reports.

NOTE: To make any changes in Hierarchy security, you must have the Change Hierarchy Security Settings privilege.

For example, if we take an example of the following image.

Set up Manager and Position Hierarchies:

The Manager hierarchy is easily created by using the manager relationship on the system user record. You use the Manager (ParentsystemuserID) lookup field to specify the manager of the user. 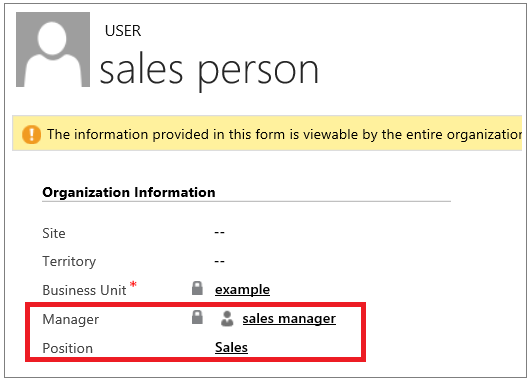 To add a user to a particular position in the Position hierarchy, use the lookup field called Position on the user record’s form. 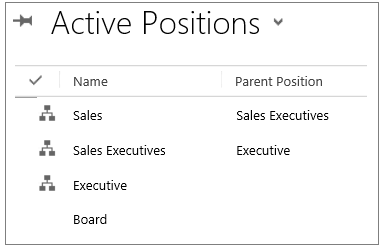 In the below screen, I have given an example of the enabled users with their corresponding positions. 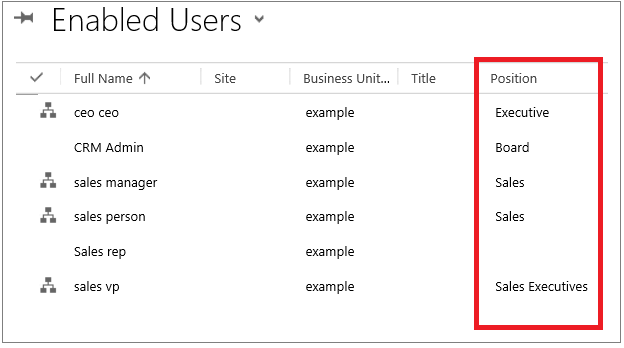 Keep the effective hierarchy security to 50 users or less under a manager/position.

You can use the Depth setting to reduce the number of users in hierarchy security.

I Hope this has helped you to understand Hierarchy Security!!! 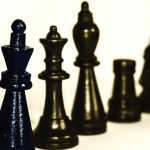 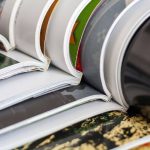