Making a decision is one of the toughest challenges that executives can face, especially if they’re running a start-up. From hiring the right candidate to choosing the best way to market your product, you must prioritise which decisions to make, every day.

Making decsions that will affect the future of your company can be such an overwhelming task that you can end up mulling over your choices without making any progress.

Even senior executives from established companies can be plagued with indecision; but then again, they’re equipped with past experiences, and backed by investors and mentors, so it can be easier for them to bounce back.

Indecision is what hinders most start-ups from becoming successful; or worse, the cause of their premature closure.

For every minute you spend agonising about the “what ifs” or the “maybes”, you’re losing precious time in execution and making progress.

‘Analysis paralysis is nothing short of insecurity,’ wrote Gil Laroya in his Huffington Post article.

Analysis paralysis happens when things don’t go as planned or when you commit a major error. Some people think that by delaying their decisions, they can further study the situation and come up with a better solution later.

As a start-up, I understand that you can’t afford to make a lot of mistakes. However, you can’t keep treading water, either.

Focus more of your time doing, rather than choosing. Stick with your decision, gather data, and find several ways to execute it. Once you decide, move forward and don’t second guess yourself.

You need to make the call now.

‘If you have control, use it,’ wrote Alan Downey on his blog post.

‘By not acting, you’re rolling the dice and hoping for the best. This isn’t the way to deal with global warming, and it isn’t the right way to run your business.’

I completely agree with his statement. We’ll still encounter different and unknown situations, no matter how much we prepare. I’d prefer to act more despite facing unknown challenges because it forces me to create an outcome and it allows me to uncover new information along the way.

Avoid delaying the decision to the point that someone else must make it for you. Discussing ideas with your team leads to better decisions, but as a leader, it’s you who has the final say.

Making decisions also comes with the risk of making mistakes. When this happens, the best solution is to talk it out, especially if it concerns your customers. Talk over the phone, send an email, or post your message on social media.

Let them know that you’re aware of the situation and you’re trying to fix it. Taking action involves risks, but it’s an essential step to help you achieve success.

I’ve shared some guidelines below to help conquer your indecisiveness: 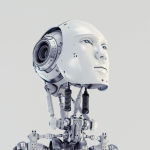